Archive for Mars in Scorpio 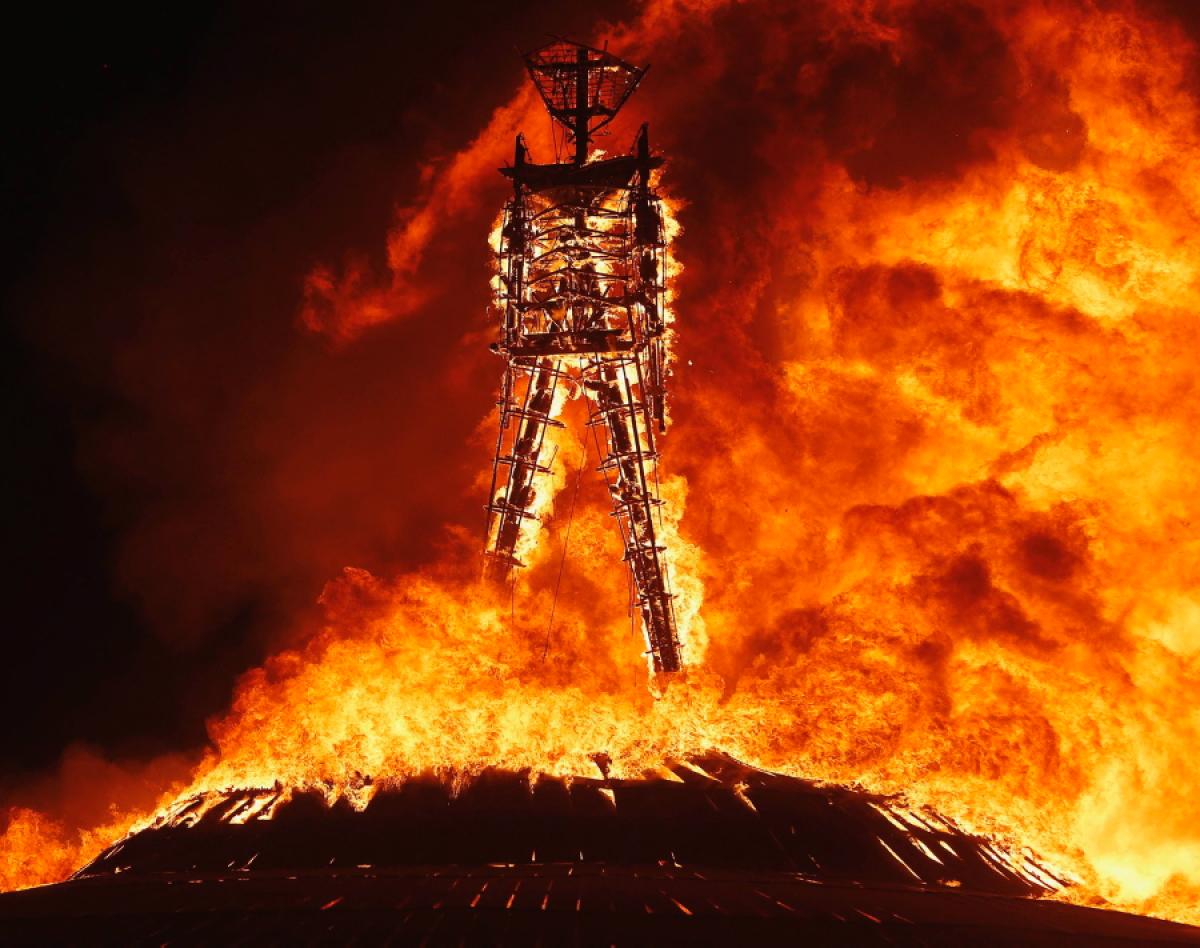 BURNING MAN: ARE YOU BURNING?

“What is to give light must endure burning.”

EARTHQUAKES in several parts of the world, including the biggest one in 25 years in Napa Valley –
http://ktla.com/2014/08/25/as-aftershocks-continue-to-hit-cleanup-efforts-underway-following-napa-6-0-earthquake/

The opening of BURNING MAN (see note below) getting rained out –
http://blog.sfgate.com/stew/2014/08/25/rain-closes-burning-man-on-opening-day/

What do all these events have in common? They all reflect current astrological transits!

Saturn and Mars are both in SCORPIO. The last time these two planets joined each other in this sign was 1984.

Scorpio relates to shared resources, energetic exchange, and SEXUALITY. Many individuals will experience challenges in these areas.

Scorpio symbolizes forces hidden in the underworld that need to be brought to the surface for RENEWAL and regeneration. Scorpio is the KUNDALINI SERPENT of sexual life-force. In order to connect with this energy we often undergo a DEATH and REBIRTH process, literally or metaphorically.

In the old pagan calendar there was a celebration called Lammas Day, or Lughnasadh (Loo-Nah-Sah) in commemoration of The Celtic Sun God Lugh. This was a preparation for the harvest season. One of the ritual activities was the burning of a WICKER MAN.

We are all being provided opportunities to burn through what no longer serves us to PREPARE FOR NEW GROWTH.

Saturn and Mars in Scorpio are forming a grand-trine with aspects in the two other Water Signs. Juno (goddess of marriage) and Hygeia (goddess of health) are together in the sign of Cancer (home and family). This indicates opportunities for HEALING IN RELATIONSHIP, especially as it relates to HOME and FAMILY.

The third point of this grand-trine is a Neptune in Pisces. Neptune rules Pisces and so this energy is especially pronounced. Neptune and Pisces both relate to SELF-SACRIFICE that comes out of unconditional love. This self-sacrifice can also turn into feelings of VICTIMIZATION and resentment, though, if the self-sacrifice continues into martyrdom. It is important to pay attention to your own needs, even while attempting to “hold space” for someone else’s needs.

Chiron is also in Pisces, close to Neptune. Chiron represents the archetype of the WOUNDED HEALER that lifts their own wounds from the LOWER HEART of the ego to the compassionate HIGHER HEART of the True Self. This allows our pain to serve as an opportunity for soul growth.

Opposing Neptune in Pisces is the New Moon (Sun and Moon together) in Virgo. This is an opportunity for NEW BEGINNINGS. At the same time, there is a tendency to be overly CRITICAL. The best use of this energy would be to become metaphorically “VIRGINAL” in order to meet needs for INTEGRITY and HEALTHY BOUNDARIES while simultaneously balancing the PERFECTIONISTIC focus on minutia with the UNCONDITIONAL LOVE of Neptune in Pisces.

Uranus is at the apex of a Yod, or “FINGER OF GOD”, which is an astrological aspect that indicates it is a focal point. Uranus is in the sign of Aries. This aspect indicate the need for INDIVIDUALIZATION, self-reliance, self-expression, independence, autonomy, personal space, spontaneity, and change. Uranus is joined with Astraea, though, which represents a desire to NOT GIVE UP OR LET GO.

On August 27, Venus crosses the Dark Moon Lilith point in Leo (romantic love). This could either be an opportunity for SACRED PARTNERSHIP or a WOUNDING OF THE DIVINE FEMININE.

With regard to RELATIONSHIP ISSUES, it would also be good to look at the house in your birth chart where the Hygeia-Juno conjunction is occurring.

Are you burning with these astrological FIRES OF TRANSFORMATION?

Please contact me if you need support. <3 Mobile: 714 323 3352 Email: TrueWillAstrology@gmail.com *Note: "Burning Man is a week-long annual event held in the Black Rock Desert in northern Nevada, in the United States. The event begins on the last Monday in August, and ends on the first Monday in September, which coincides with the American Labor Day holiday. It takes its name from the ritual burning of a large wooden effigy, which is set alight on Saturday evening. The event is described as an experiment in community, art, radical self-expression, and radical self-reliance." These are the main principles of Burning Man: Radical Inclusion Gifting Decommodification Radical Self-Reliance Radical Self-Expression Communal Effort Civic Responsibility Leaving No Trace Participation Immediacy Wikipedia - http://en.wikipedia.org/wiki/Burning_Man