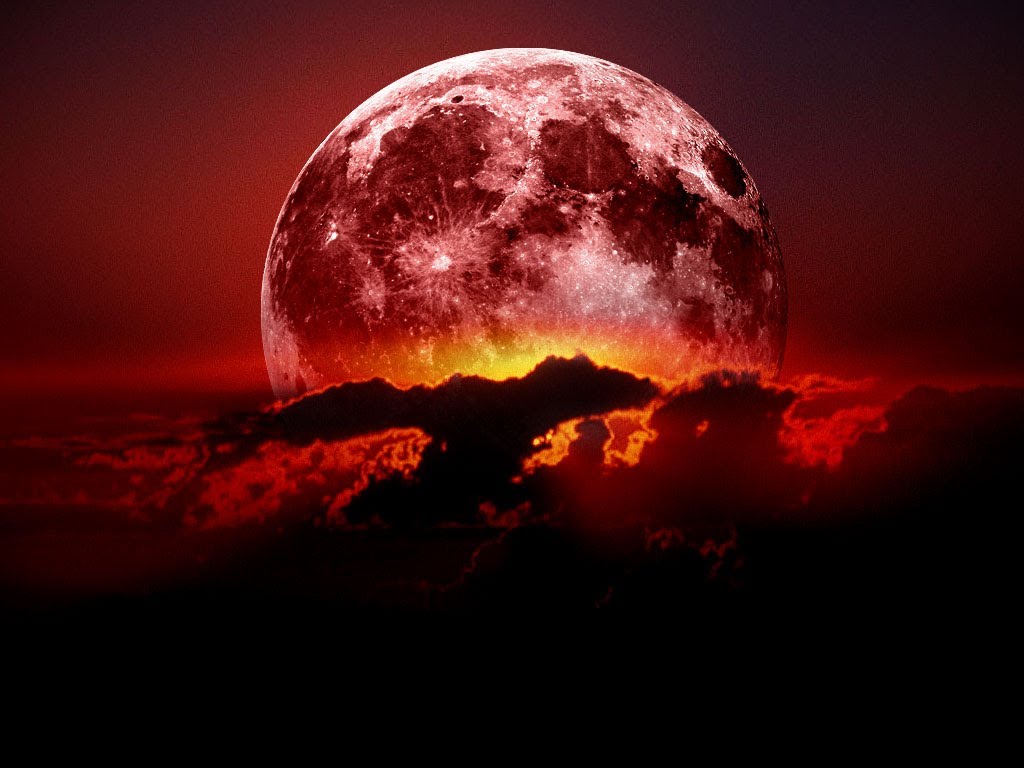 There will be a TOTAL LUNAR ECLIPSE tonight!

A lunar eclipse occurs during a full moon. The Moon passes through the Earth’s shadow, making it look dark and bloody. The Moon will be COMPLETELY ECLIPSED by 12:43 AM PDT.

This lunar eclipse will be followed by a SOLAR ECLIPSE on April 28th. That event will only be visible from the Southern Hemisphere, such as Australia.

Between these two eclipses is an INITIATION for humanity on both a personal and collective level.

On a personal level, many will experience the surfacing of OLD WOUNDS. Sometimes it is necessary for wounds to be reopened, though, in order for them to finally be fully healed.

The eclipse allows us to look into our SHADOW. This is an opportunity to bring light to those areas of our subconscious to which we rarely have access.

KARMIC PATTERNS that previously served a function may eventually impede further SOUL GROWTH. We cannot address directly what we do not see clearly. In order for those karmic patterns to be transformed they first need to be brought into the light of consciousness.

Relationship issues will also arise. The Sun in Aries relates to how we assert our INDEPENDENCE. The Moon in Libra relates to how we meet our needs in PARTNERSHIP. There is a dynamic tension between these two points during this full moon. The eclipse will heighten this energy.

Some believe this could be an OMEN OF END TIMES. They quote Acts 2:19-20: “And I will show wonders in Heaven above and signs in the Earth beneath, the sun shall be turned into darkness and the moon into blood before the coming of the great and awesome day of the Lord.”

It is true that this “BLOOD MOON” coincides with the commencement of PASSOVER this year. It is also true that Passover ends on April 22 and the following day is the peak of the GRAND CARDINAL CROSS that many astrologers have prophesied as indicating the potential for natural disasters, war and other traumatic events.

I view it differently, however. Every ending is a NEW BEGINNING. On a collective level, Humanity is transiting from the Age of Pisces into the AGE OF AQUARIUS. During these transitions the old structures need to be released in order to prepare for new energies to crystalize. This is the process whereby our collective consciousness evolves.

My best advice is for everyone to hold the HIGHEST INTENTION, both within your own life and for the world!